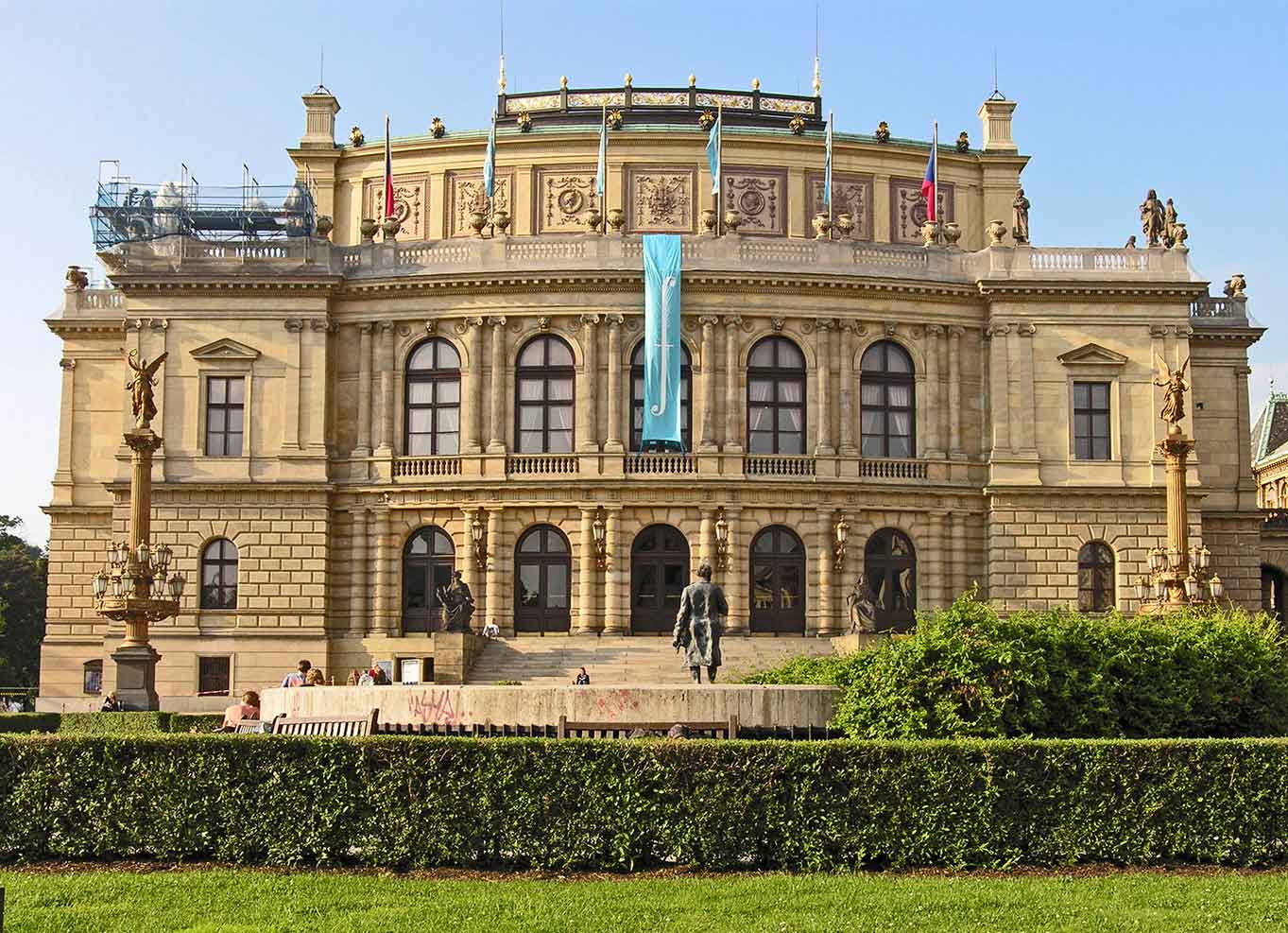 The majestic Rudolfinum building in Prague is located on the right bank of the Vltava River, and from the beginning of its planning it was considered as a multipurpose house for music shows, with gallery spaces and the Czech conservatory music school.

In the years 1876-1881, the construction of the Rudolfinum building was carried out by the Czech architects J. Zítka and J. Schulz at a place called Rejdiště (today’s Mánes bridge). The builders had the task of creating a representative place for art display, which was missing in Prague at that time.

The transformations of the European society in the 19th century began to manifest itself also in the domain of substantial donations to art. The secular power and the Catholic Church, which in the past were practically the only patrons of the artistic area were gradually less willing to contribute to the domain. Their place was replaced by private companies, which were the only ones with sufficient funds to support such spectacular projects. The Czech Bank Česká spořitelna (1825) was already so well established in the second half of the century that the company’s management decided to build a building that would be able to accommodate both spectacular musical performances and an art gallery and also serve for representative spaces for social gatherings.

In 1885, when the Rudolfinum building in Prague was completed, it was named in honor of the Czech successor to the throne, Crown Prince, Archduke Rudolf (1858-1889). Until the First World War, the Rudolfinum served its purpose, mainly serving the needs of the Czech Philharmonic Orchestra. After the war, it was necessary to find premises for the newly established Chamber of Deputies of the newly formed Czechoslovak Republic. As a result, the Neo-Renaissance Rudolfinum building was rebuilt in many places to meet new demands.

Only after the Nazis came to power when the Protectorate of Bohemia and Moravia was established in 1939, the Rudolfinum paradoxically returned to serving its original purpose. During the second world war years, the Rudolfinum building housed the German Philharmonic Orchestra. Attempts were also made to rebuild the it, but that remained largely only at the planning stage, as the money had to be spent on wartime needs.

During the second half of the 20th century, when the Communist party gained power in the Czech Republic, the premises of the Rudolfinum building in Prague were partly used by the Czech Philharmonic Orchestra, but it had to share the premises of Rudolfinum with the communist athletic society, which set up a dining hall a gym and a table tennis area in the former arts exhibition area. Only after 1989, when the Rudolfinum building was declared a cultural monument, the building underwent a big reconstruction.

You will certainly not be disappointed if you decide to visit the Rudolfinum building in Prague, whether in a concert or a touring circuit. The price for a complete guided tour is CZK 140, for children and students there is a 50% discount. If you are interested, you can make an online reservation at the Rudolfinum official website, we definitely recommend!

If you’re looking for a place to stay in Prague overnight, check out our Aparthotel residence The Art house, located only 150m from Rudolfinum that is visible from the apartment window!

How to get to Rudolfinum

The Rudolfinum is located only 5 minutes walking distance from the Old Town Square or Charles Bridge.